Founded more than 50 years ago in Nivelles, Gantrex has gradually grown to become the world leader in its sector with a presence in 20 countries on five continents. Yet few have ever heard of it.

What do the Real Madrid stadium, the world’s largest ports, the futuristic Seine Musicale near Paris, an observatory in Chile, the Ariane 6 rocket and an American nuclear power plant have in common? All these projects have required or require the daily movement of extremely heavy loads on a rail system. It is therefore logical that their prime contractors called on the expertise of the number 1 in this field: Gantrex, a little-known Belgian SME yet highly specialized in the production, distribution, installation and maintenance of track solutions (rails, fastening clips, pads, etc.). 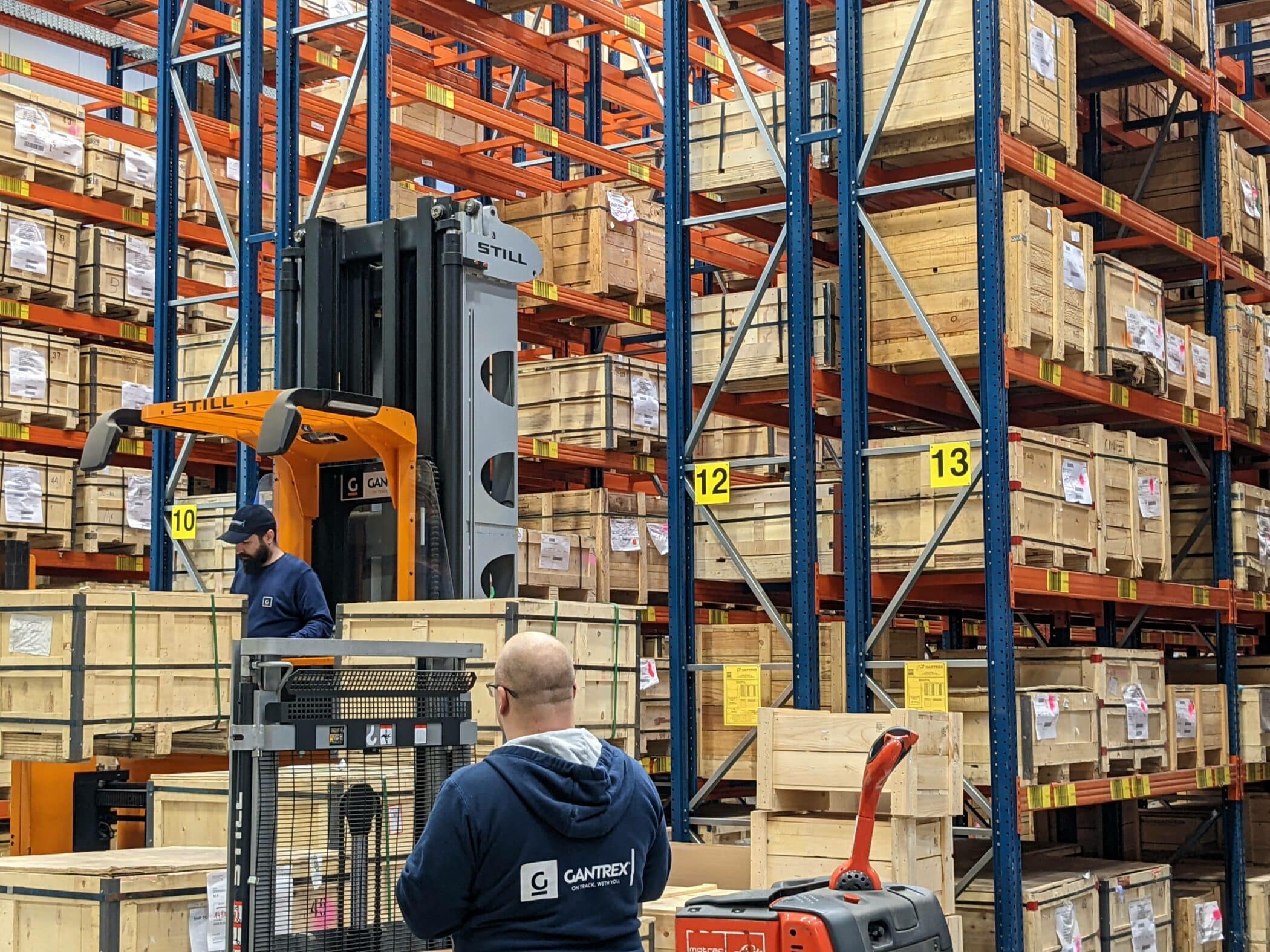 “Gantrex is one of those hidden gems in Belgium. The company has been in existence for more than 50 years, has some 350 employees worldwide and generates around €90 million in annual turnover in a market in which it is the world leader”,” summarizes its CEO, Maarten lmpens. However, few are those who know it, at least in the general public, because in their sector everyone knows it.”We have a nice company but it is active in a small, highly specialised niche market that only reaches about 300 million euros per year.” It must be said that the systems developed by Gantrex are designed for a very specific purpose: to support the heaviest loads. “We deal exclusively with heavy duty; explains the boss. In the port sector, for example, cranes support 200,280 or even 300 tons per wheel, which is equivalent to the weight of nearly 100 cars on an area equivalent to that of a smartphone. Our solutions must be able to withstand and stay in place when equipment moves. So we’re talking about a key component that, if unreliable, can cripple an infrastructure.”
As we will have understood, a large part of Gantrex’s activity (about 40%) is therefore linked to ports. But not only: the Nivelles SME is also active in the steel industry (Tata Steel, ArcelorMittal, etc.), the mining sector or automated factories· (Pfizer, Coca-Cola, Ikea, BMW,.DHL, etc.). “We have about 3,000 customers and orders ranging from 10 euros (for a rail fixture, for example, Editor’s note) to 10 million,” says Maarten Impens. And then there are also the more specialized applications. “For example, the rail system of the moving platform connecting the construction and launch sites of the Ariane 6 rocket, that of a crane specially designed to lay the roof of a nuclear power plant or the retractable roof devices of large sports venues, such as those of Roland-Garros, Wimbledon or Real Madrid. When you think about it, it’s still crazy that a company based in Nivelles has been able to grow to the point of taking part in such a large number of projects.” 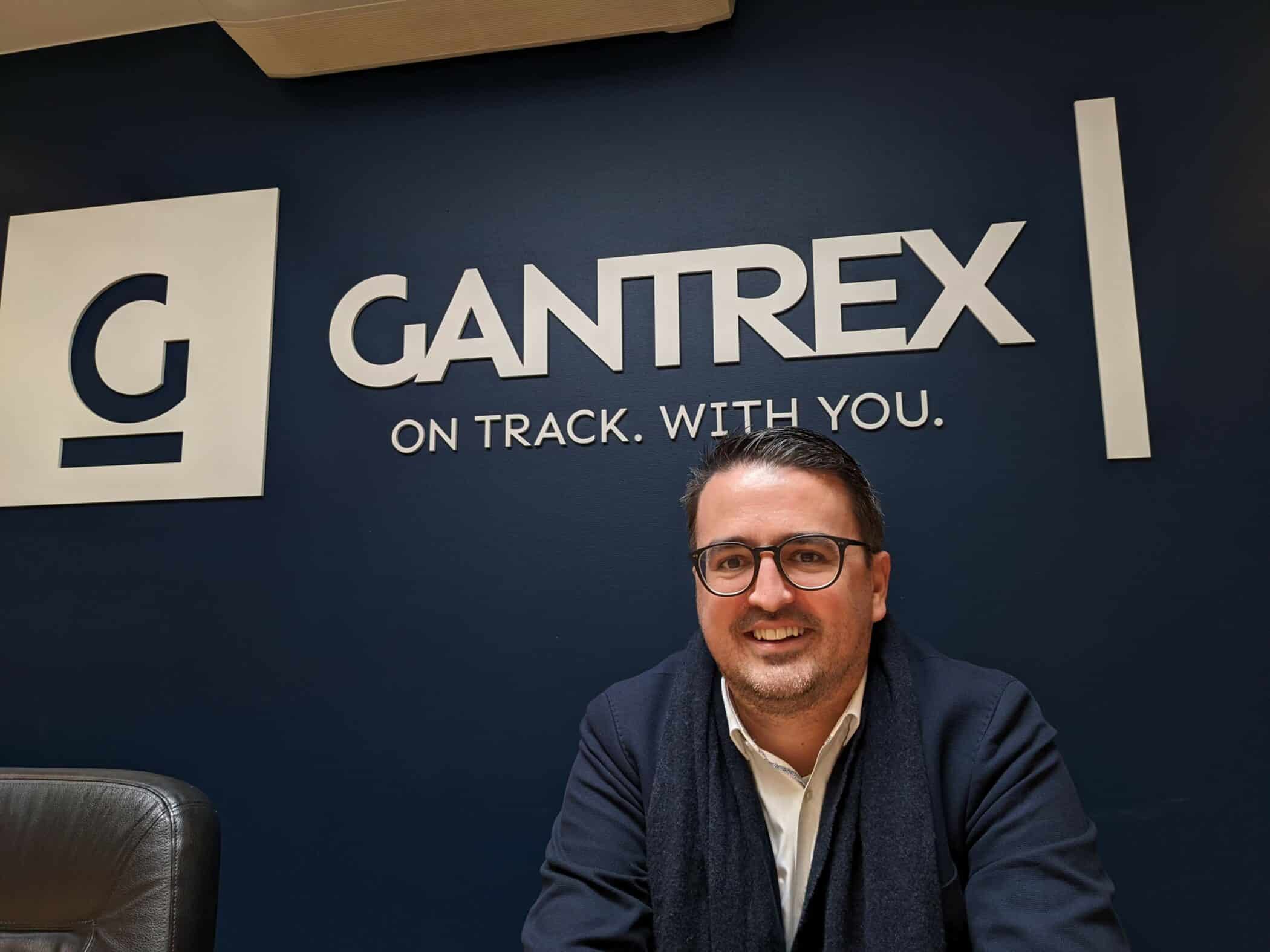 To be able to fulfill such a variety of contracts, an international presence is obviously essential. In total, Gantrex is present in 20 countries on five continents. “But despite the fact that many projects are developing in Asia or Latin America, Europe remains an important part of our activities, in the order of 30 to 35%,” explains the CEO. As such, the fact of being installed in Nivelles, where the company has two sites that employ about sixty people, is an advantage. “Belgium in general is in a good location for our business. Its very central position on the mainland and the proximity to the port of Antwerp make it very easy to send material anywhere abroad.” From Nivelles, we supply our materials all over the world. Our largest site not only handles the production and distribution of rail fasteners for Europe and part of Asia, but it is also where we produce 90% of our rubber rail spacers, or some 350 kilometers per year.”
This global presence is also a major advantage over the competition. Most of our competitors are local companies, present in one or two regions, or in one or two vertical markets,” says the CEO. We are the only company that has such a wide range of local presences in so many verticals. This is something that our customers, especially those who are highly developed internationally, appreciate.” But Gantrex’s real strength lies in its staff, says Maarten lmpens. “Fifty years of experience, 350 employees, a wide network of specialists around the world. This kind of profile and technical know-how is quite unique in our market. Not to mention the fact that we continue to innovate and offer new products at the same time.”

Three years ago, the Nivelles-based company embarked on a major strategic plan called Gantrex 4.0, One of its two pillars concerns the digitalization of part of its activities. “Most of our innovations are now linked to digital solutions: remote monitoring, scanning, inspection application, etc. Although of course we do not forget where we come from, which is why we continue to develop new solutions at the level of the components themselves, assures and reassures the manager of Ghent origin. While the other pillar is perhaps even more fundamental. “In 1971, we started with component manufacturing, then we moved into engineering and supplying entire systems, before embarking on their installation.” The new transition underway should allow the Walloon SME to open the doors to a larger market. “We want to become a true mechanical partner for our customers. How? By not limiting ourselves only to the rails but also by offering maintenance, inspection or repairs on the cranes themselves. It’s a paradigm shift because it’s no longer about selling a two or three-year project, but about being present at the slightest problem, 24 hours a day, seven days a week.” Thanks to this new dynamic, Gantrex hopes to see its turnover increase from 90 to 120 million euros by 2026.

On track, despite crises

What about the effects of the health crisis? “Covid has had an impact on our business even before the world became aware of the magnitude of the crisis that was ahead,” says Maarten lmpens. At the end of January 2020, our Chinese factory had to close its doors. And when China began to reopen, the problem was reversed with closures in Europe, America, as well as difficulties in travelling. Not to mention the logistical impact, with port congestion that has lasted for about a year and a half. So the shock was very strong, but also not to the point of being unmanageable.” Now it’s time for recovery, even if we will have to deal with the Russian-Ukrainian conflict. “Russia is not a big market for us,” says the CEO. On the other hand, the impact of the conflict on the price of raw materials or energy is clearly a challenge that we have to deal with.